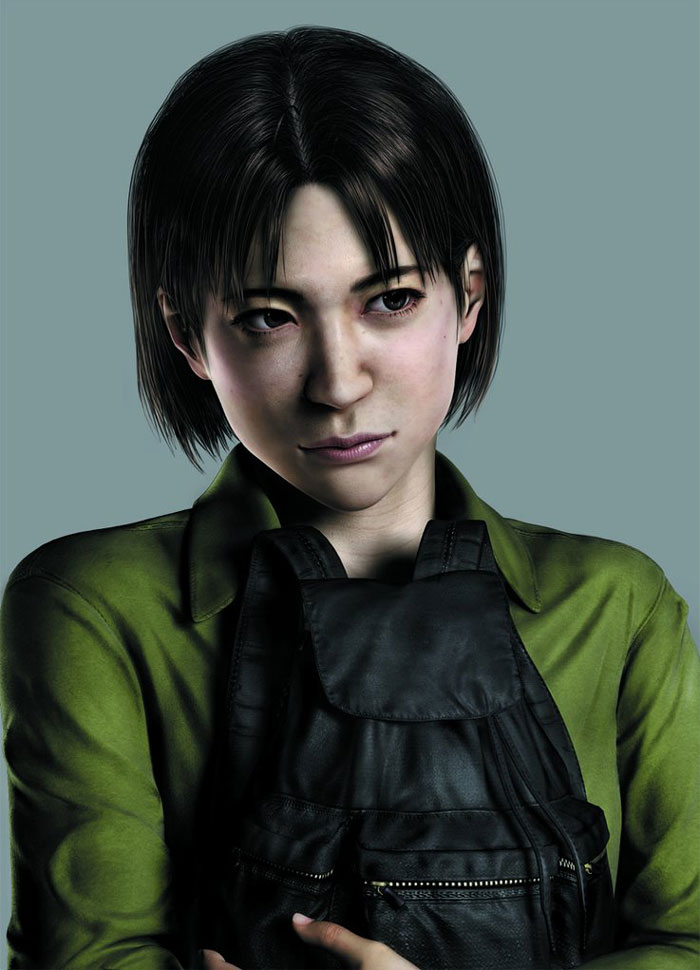 Is it OK to trust others?

Yoko is a very weak character, being very slow, and having the lowest health out of the main cast (though she also has the slowest VG rate.) Yoko also has a slow rate of fire, so she must be played very carefully, and never in the front lines. So, why choose her?

The main reason for choosing Yoko is her backpack. It allows her to carry 8 items instead of 4, akin to the main Resident Evil games. This will save you lots of backtracking in most scenarios, and thus avoiding most threats. Even if she dies, her backpack items count as additional slots; a dirty tactic is to let Yoko die when the siege starts in Desperate Times, so she can be used as an armory.

To counteract her low defensive attributes, she has the best dodge in the game. Press the run button while aiming, and Yoko will turn around and crawl out of the way. Once she is on the floor, she has complete invulnerability; this is often used to detonate the mines in End of the Road and Elimination 3. Holding the run button will extend the escaping distance, enough to dodge everything, even Nyx's blob attack. You want to let go of the button as soon as the enemy performs its attack, to quickly regain . Keep in mind that the first few animation frames are not invincible. Practice her dodge and you won't ever be touched by enemies.

In File #2, she forgoes the regular tackle attack for a shove. Quickly release the attack button and she will perform a light shove, which turns into her dodge if it connects. Holding the attack button makes Yoko perform a stronger shove; you can knock down enemies with two strong shoves. The shove attack should be sparingly used, since it leaves her widely open for an enemy attack. It also means Yoko has a harder time knocking down doors.

Also, in File #2 she starts with a Charm, which prevents instant kills and further slows down the VG rate. Speaking of the charm, all passive items (lucky coin, charm, bandage) work while inside Yoko's backpack.