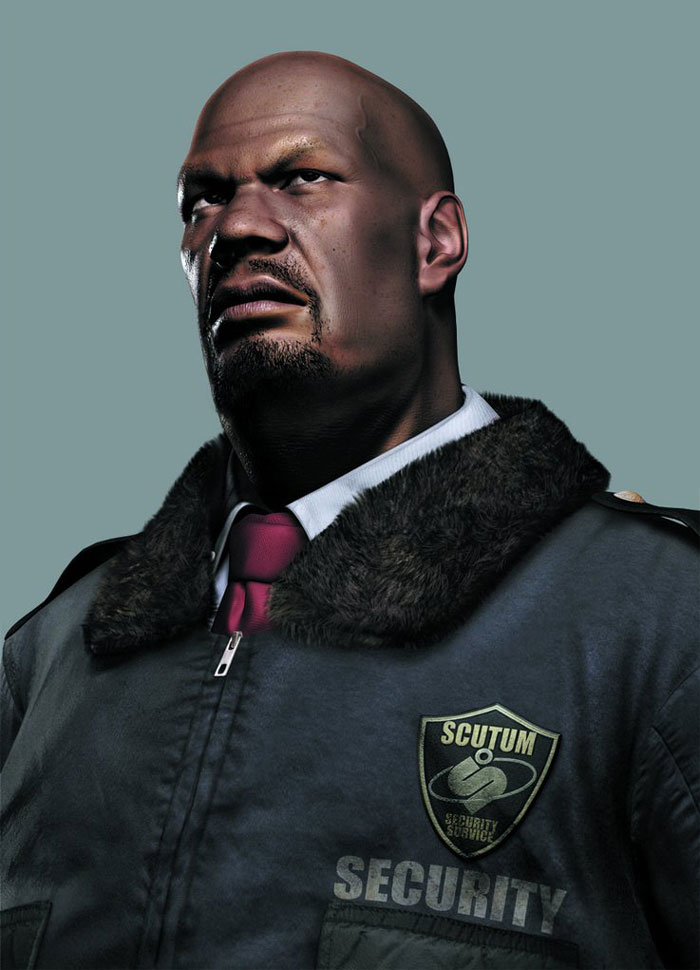 Get over here, soldier!

Mark is the "tank" of Outbreak. He has the highest health of the main cast by far, and he has the ability to block attacks. Blocking allows Mark to take the vast majority of enemy attacks with little to no health loss, or virus gauge increment. This is particularly useful against zombie hordes, because he will push them away after being grabbed, allowing other team members to run away safely. He does have a fast VG rate, so if the block fails, his VG will quickly raise. Being a tank, he is also slow, though he has enough speed to outrun most enemies.

To complement his tank role, he has the ability to charge melee attacks, which does great damage and stuns most enemies. This ability is very useful in a myriad of situations, notably in Desperate Times and Showdowns, where it can buy time for members to equip stronger weapons.

Mark has a personal handgun that does roughly the same damage no matter the enemy's distance. Coupled with a fast firing rate, he can make quick work of minor foes. In File #2, he also starts with a handgun magazine, so he will be very useful in the beginning of any scenario.