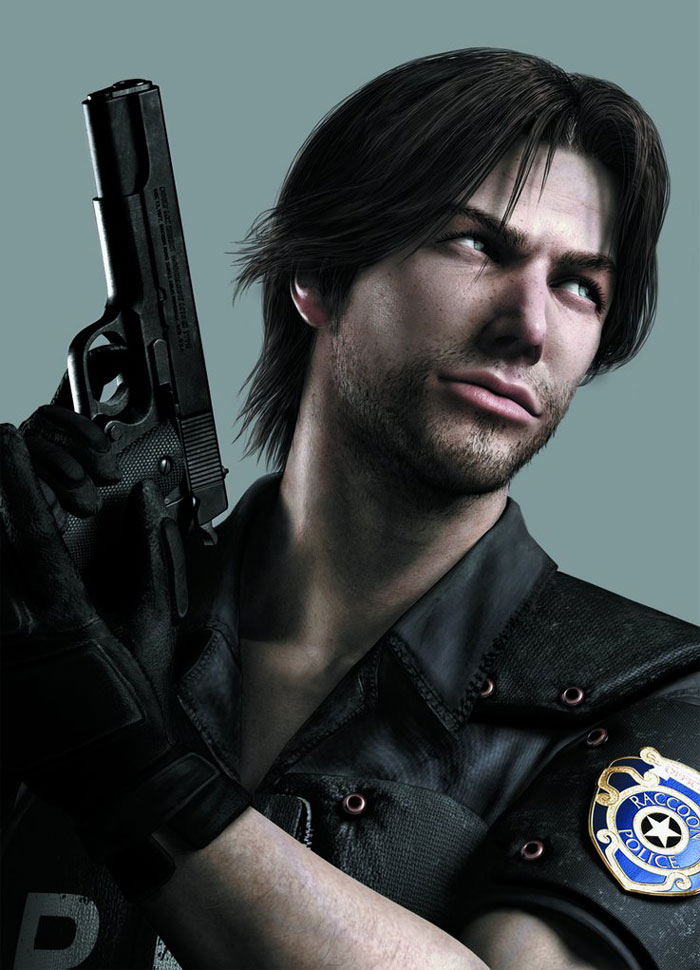 Kevin is a character veering on the offensive side. He has an extremely fast rate of fire, has the second highest health out of the main cast, and is also the fastest vanilla character. He will usually make quick work of enemies. He does have a high VG rate, so keep that in mind.

In File #2, he has a special command when attacking: instead of the regular shoulder tackle, he will delay it to deliver a very powerful attack, enough to send zombies flying, and also stun various other foes. In order to be successful with this attack, Kevin must touch the enemy in the final attack frames. This means you have to attack from the correct distance in order to deliver a knockdown.

Kevin has the ability to do potshots, sharing this trait with Alyssa. Aim and keep holding the aim button (R1 or R2) and Kevin will adjust his position. After the animation is complete, his next shot will always be a critical hit. This only works for one-handed pistols (handguns, .45, revolver, magnums), and will not cause the capsule shooter to heal more.

Kevin has a personal .45 auto handgun, which does four times regular handgun damage. .45 Auto ammo, however, is very scarce, especially on Very Hard, where you cannot find ammo for Kevin's weapon at all save for 2 bullets in End of the Road, and the occasional pickup in eliminations/showdowns.

In File #2, Kevin starts with a .45 mag, containing 7 bullets. This allows him to become even more of a powerhouse, but it's useless once Kevin dies or runs out of .45 ammo, since other team members will never have access to a .45 auto handgun.