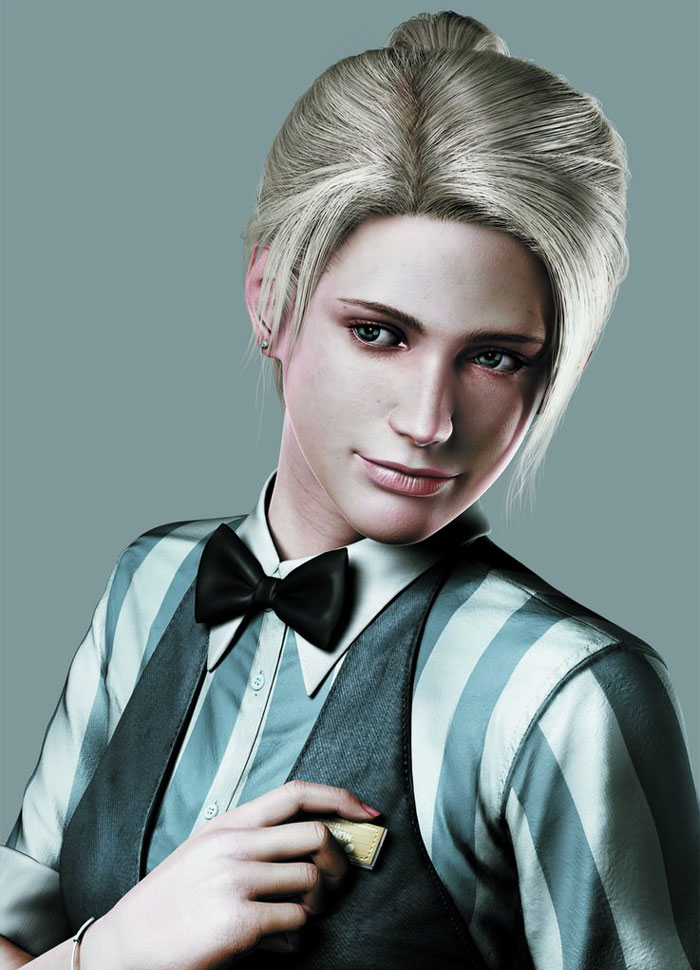 Something very strange is happening.

Cindy's main draw is her herb case. She starts every scenario with 2 herbs of each variety, allowing her to quickly heal herself or her allies if needed.She can keep a maximum of 3 herbs of each variety, in addition to one mixed herb, without taking inventory space. Cindy can mix herbs from inside the case when needed. If used from the case, she can also immediately heal allies without need to trade with them, Unlike George's capsule shooter, her healing ability also stops the VG for a bit. Keep in mind that unlike Yoko's backpack, herbs inside the case will not be available for others to use if she dies. If you know you will die as Cindy, try to take out all your herbs out so allies can use them.

Cindy has the second best dodge in the game. Press run while aiming and Cindy will duck for a few moments; she will be completely invulnerable for the duration of the dodge. You will also be able to move immediately after the dodge. And if she's holding an injured ally, both will dodge together, though this will make Cindy release her partner after.

In File #2, she starts with a bandage. The bandage will prevent the user from bleeding, and will also cure a bleeding partner if you hold them.