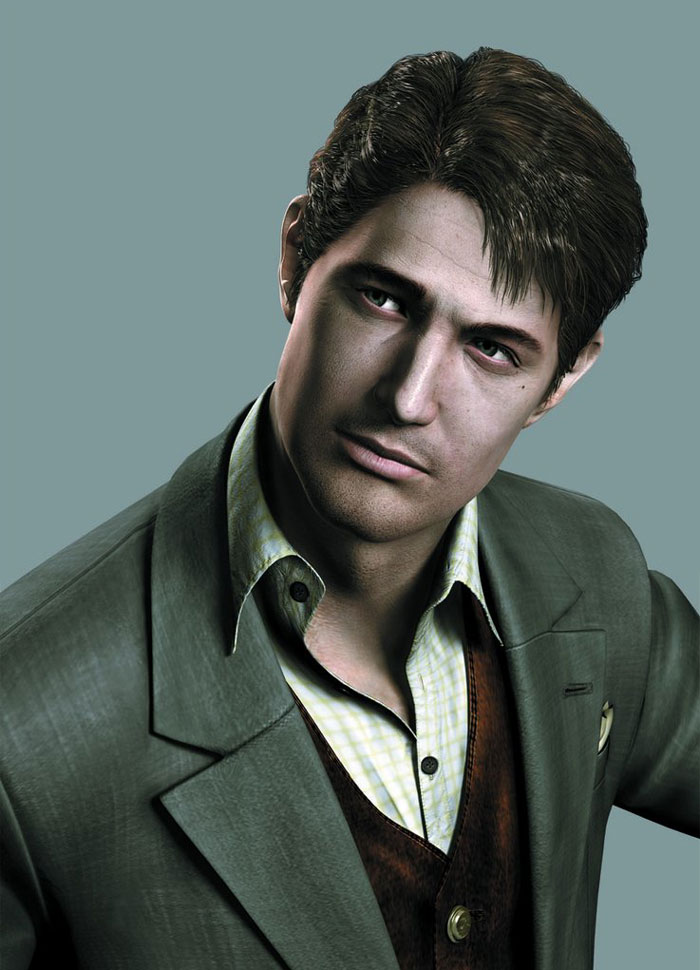 You're worse than my ex-wife!

George is the "cleric" of the main cast. His main ability allows him to make pills from herbs, mostly recovery pills to keep the team healthy. He can also make recovery pills from medicine bases, which tend to be more common than expected. This means that you don't have to worry too much about getting hurt, as long as there are herbs around. This is accompanied with an above than average health and a regular VG rate. He's the slowest character out of the main cast, though not by a large amount, so this shouldn't be an issue.

If George does encounter an enemy, he has the ability to do a charged tackle. Just hold the run button while aiming, and George will start to store energy to deliver a powerful attack that will stagger most enemies, not unlike Kevin's powered tackle. During this attack, he has a deceptively long invincibility timeframe, which allows him to dodge several enemy attacks. Should you ever find yourself in trouble while charging, just release the button and George will do a regular tackle.

In File #2, George starts with the Capsule Shooter, probably the most useful of all personal items. With it, you can heal allies from a distance if charged with pills; also, recovery pill shots will heal more than if pills were used by themselves. Keep in mind, though, that recovery pills, antidotes and hemostats used in this way will not stop the VG. As a bonus, since a capsule shot counts as an attack, the capsule shooter will heal for more than double in Nightmare mode. Speaking of attacks, anti virus pills will inflict a lot of damage on enemies, one-shooting zombies and bites. Antidotes will also defeat most enemies that can poison you (web spinners, purple bites and megabites, scissortails, etc.) And hemostats will drive the elephant away from you.

Contrary to what some may think, he does not heal more from healing items.